Kristin is a Community and Political Organizer, Public Relations/Communications professional and Mentor. Born and raised in Pittsburgh, PA, she always had a passion for working in her community. She earned her B.S. in Communication with an emphasis in Public Relations from Slippery Rock University of Pennsylvania in 2010 and soon after, moved to Orlando, FL to receive her M.S. in Entertainment Business from Full Sail University, Winter Park, FL in 2011.

During her master’s program, she realized her passion for community involvement and politics. Seeing issues in her community led her to focus on how she can use her voice as an advocate for those who are often over looked and disenfranchised. She believes that in order to truly make a difference, she needs to sit at the table where decisions are being made. It was when that light bulb went off was when she redirected her career to focus on empowering and uplifting her community.

She now works on community and political campaigns while still sticking to her first passion and does freelance work as a public relations professional. She is a member of the Central Florida Urban League Young Professionals, Organize Now and the Rollins College Philanthropy Center. She also is a mentor to teenage girls with Mye-Dash, a teen empowerment and leadership program.
Kristin's professional goals have always been to apply her skills learned throughout her education, to building and maintaining a positive image in the community she serves. She believes in educating the community to empower the community, in turn, creating a positive environment for generations to learn and grow to their full potential.

Paul Heroux was born in 1951. He has called Orlando home for over 30 years, after living all over the US. He has work experience that includes corporate, small business, education and self-employment. He brings this experience, together with a lifelong love of studying history to his work with FIRE.

Until he was in his late 40's, Paul describes himself as, "...a regular voter who talked about politics in the barber shop." Two things changed him into an activist: (i) A struggle with addiction resulted in a 5-year prison sentence, and (ii) he lost most of his hair.

Paul is part of the struggle to reform Florida's dacronian felony rights restoration laws. He is also constantly involved in voter rights and social justice issues with Organize Now and FIRE. He also believes that political action is the key to changing the vision people have of persons with felony convictions from pariahs to fellow citizens.

Paul finished his prison sentence in October of 2009. "My experience showed me that injustice in Florida demands that people stand up and speak out; I started looking for people and organizations to help me." That search was aided by the Occupy Orlando activity in the fall of 2011. His activity in Occupy led to involvement with Organize Now, FIRE, Jobs with Justice and many other groups. Paul credits FIRE and ON with giving him back his voice in the fight for social justice. He is joined in his commitment by his wife Jill and his son, Martin. 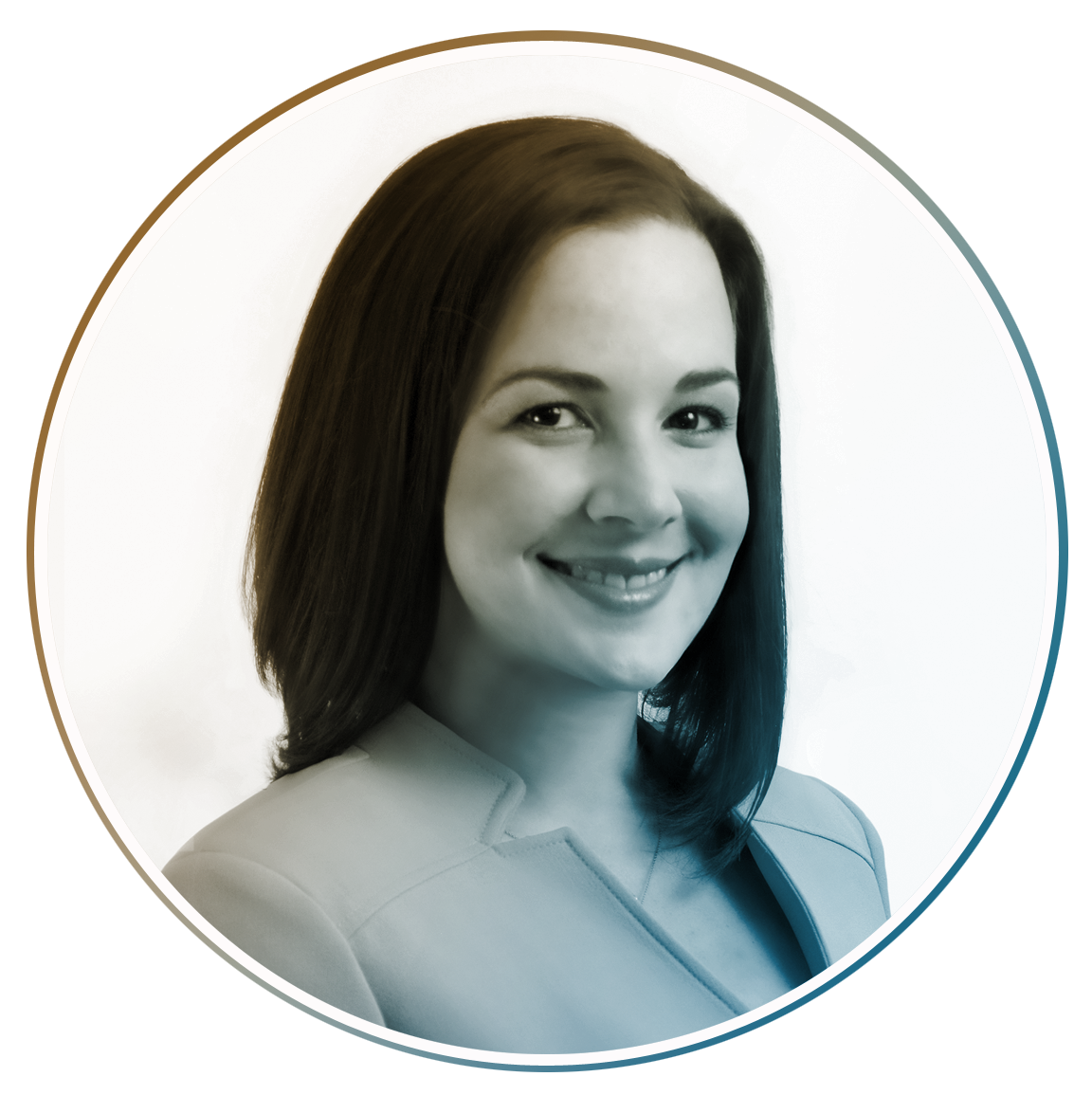 Christina began in the world of media and communications at the young age of 11, when an editor at the Tampa Tribune decided to take a chance on a persistent child who had spent the last year contacting him for a chance to write.  In 2007, she pursued another passion, embarking on a year-long journey with the Hillary Clinton for President Campaign, organizing in various states throughout the country during one of the most hotly-contested primaries in history.  Christina spent the remainder of 2008 protecting progressive values like affirmative action and collective bargaining, and worked to defeat right-to-work for the first time in 50 years. Christina served as the Hispanic Vote Director in Florida during Barack Obama’s reelection campaign in 2012, and continues to be a staple of the Hispanic community in the I4 Corridor.  She has combined her experiences over the past 20 years and started her own consulting business, Convocomm, LLC, focused on engagement strategies and striking conversations that matter to drive action that impacts.  Christina remains committed to her community, highly involved in the climate and environmental space and active in various organizations such as the Hispanic Chamber of Commerce of Metro Orlando, Feed & Fortify Community Organization, and New Leaders Council. 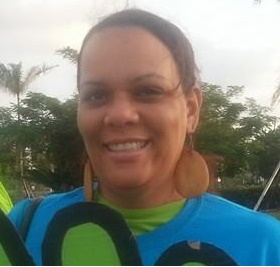 Lisa moved to Florida in 1990 in an attempt to improve her quality of life. She worked tirelessly in the fast food and supermarket industries, working two jobs a day for many years. After two years of employment at a Central Florida Walmart Lisa took the courageous step of going on strike after Walmart retaliated against her for speak out about working conditions. Lisa has become a spokesperson for Our Walmart, traveling throughout the country and meeting with workers and government officials. In her spare time she attends church and spends time with her three sons.

Bob Shaw is a retired journalist. During a 47-year career, he was a reporter in South Florida, Tallahassee and Washington for The Miami Herald; an assigning editor in Washington; managing editor of the Tallahassee Democrat; and, since 2000, a senior editor at the Orlando Sentinel. Shaw is also the former board chairman and current vice-chair of the First Amendment Foundation, a Tallahassee-based watchdog group that protects and defends open government and access to public records. A native of Massachusetts, he is a graduate of Brandeis University and the Columbia University Graduate School of Journalism, where he was named a distinguished alumnus in 2011.

Susan Smith is president of the Democratic Progressive Caucus of Florida. Since 2003, Susan has been a full-time progressive activist, serving as an organizer for DFA Tampa Bay, and Chair of the Campaign and Legislative Committees for the Hillsborough Democratic Party. Susan is the Training Resource Director of the Democratic Women’s Club of Florida. Susan serves on the Advisory Board of Progress Florida. She is also a board member of Tiger Bay Club of Tampa. Susan volunteers with Awake the State, Planned Parenthood, and the parent-led education reform community in Florida. She also serves on the Legislative and Clubs and Caucuses Committees of the Florida Democratic Party. Susan is married to Norwood Smith, and is the mother of two adult sons. She graduated from the University of Tennessee and is a former teacher.

My name is Korey Wheeler I was born in Jacksonville, FL. I grew up with a single mother in North Carolina that worked very hard to keep a roof over our heads for my brother and me. She made me realize how strong of a person she was and I believe that’s where a lot of my strength comes from. She taught me never to give up and always treat everyone equally. I recently finished my FIRE Leadership Academy training and what I've learned from this organization changed my life. Ultimately I want to not only make myself happy but create a society that is unselfish, and treat others equally and not segregate ourselves. We live in a time where we must unite as people regardless of what color we are or where we come from. It takes hard work to be successful but it takes a strong group of passionate individuals to make a change.

Leslie is a writer and organizer. She has worked organizing for peace and justice, transit and transportation options, and to reduce homelessness, and has written for newspapers, periodicals, and blogs (particularly, but not only, about environmental issues and place). She was a State Fellow in Michigan with the Center for Progressive Leadership She also has experience doing grant and other contract writing, and writing in nonprofit settings. As a writing instructor at UCF, Leslie teaches introductory writing classes as well as Rhetoric and Civic Engagement and Writing for Social Change. Leslie's degrees are from the University of Georgia (BA) and the University of Nevada, Reno (MA).