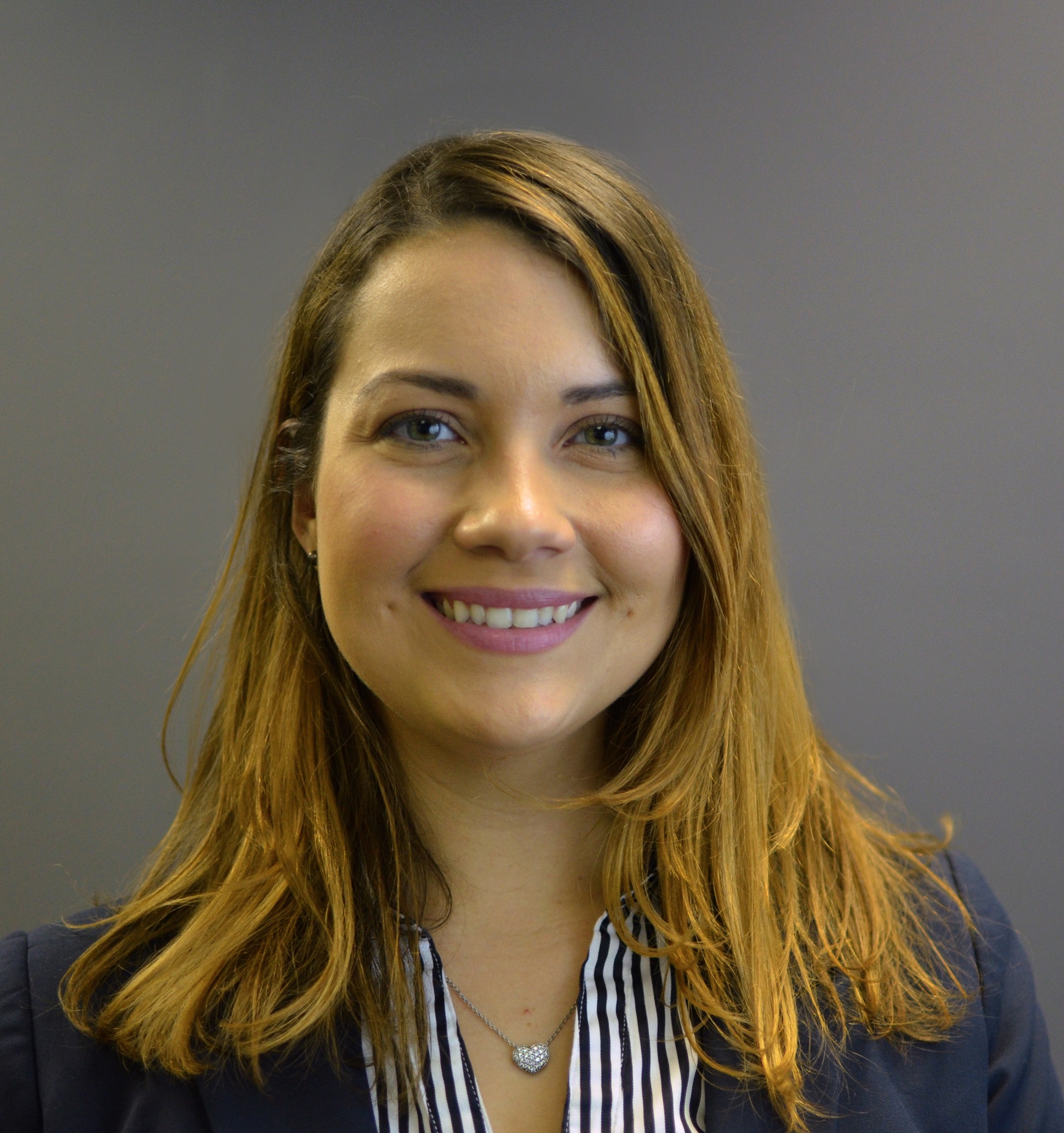 Yulissa is a committed individual with a deep passion for community service and environmental stewardship. She brings a diverse background and a passion for community organizing and education to Organize Now and Florida Institute of Reform and Empowerment (FIRE). Ms. Arce’s professional background includes work in education, community organizing, and outreach for both the Public and Non-Profit Sectors. She currently volunteers her time serving as a mentor for the New Leaders Council Orlando Class of 2016 and other causes. Ms. Arce was raised in Orlando, Florida and holds a Bachelors of Arts in Interdisciplinary Studies from the University of Central Florida. She is currently pursuing a Masters in Global Sustainability at the University of South Florida. 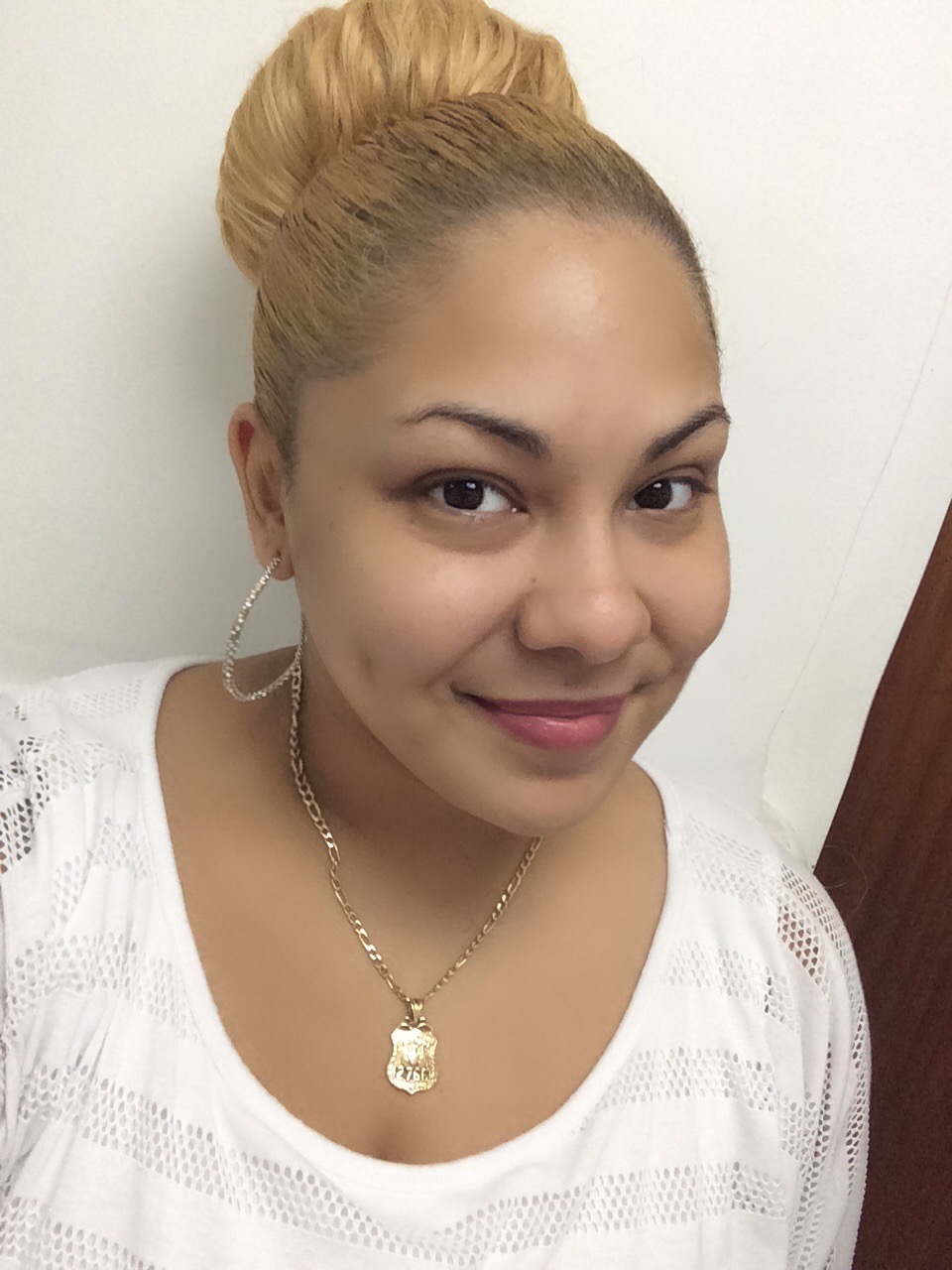 Stephanie is the assistant to our hard working CFO/HR Director Maddy Garcia and is one of the newest additions to our ever growing organization. Originally from the Bronx, New York she came to Florida two years ago with her family for a fresh start and takes pride in saying that Orlando is her new home. Although Florida is still somewhat new to her, this is where she envisions spending her life and in the future raising a family. She is very eager to learn more about our organization as well as the part our allies play in bettering our communities and judicial system. Her background consists of being a Certified Patient Care Technician, customer service representative, data entry, to now learning the ins and outs of accounting and human resources. She brings to the table great people skills, organization skills as well as the ability to work in fast-paced environments. Essentially assisting to lighten the work load and help our organization run smoothly she looks forward a bright future with Organize Now and FIRE. 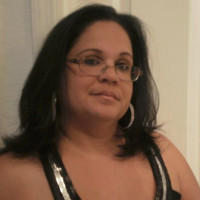 Madeline Garcia has been called a “lifesaver” for her ability to help non-profit organizations get organized. Maddy brings a wealth of experience having worked in the banking sector for fifteen years and the non-profit sector for ten. Maddy comes with tremendous organizational and administrative skills. Maddy was born in Puerto Rico in the early 60’s and migrated to New York in the early 70’s. Growing up in the Bronx to non-English speaking parents, Maddy experienced many obstacles. Education and equality were on the top of her list. Her passion in social justice and education comes from her humble beginnings. Maddy always believed that education was the key that would open doors and so her dream of helping others began. During her 35 years as a resident of New York City, Maddy committed herself to helping and empowering minority students attend college. After leaving the banking industry in 1998 she landed her first job at a non-profit organization called Goddard Riverside Community center and later at Let’s get Ready! She was able to help approximately 400 minority students attend college. In 2004, The College Access Consortium of New York (CACNY) presented her with a recognition award for her work and commitment. She joined Organize Now in March of 2012 as their new Chief Financial Officer & HR Director. 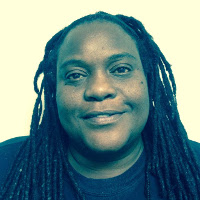 Sophia Glover is a Community Organizer. Born in Louisiana, Sophia came to Central Florida more than 40 years ago. She has been active in her community for many years. Sophia has participated in voter registration drives, informed her neighbors about their voting rights and disseminated information about upcoming elections. She was a field manager for the Alan Grayson Congressional campaign in 2010 and after the campaign ended, was a trainer for Working America. Sophia was active in the Earned Sick Time fight in Orange County, and helped to collect signed petitions and educated her neighbors about the issue. Sophia currently lives in Apopka and she takes pride in her work and her family. She loves the people she works for and works with. 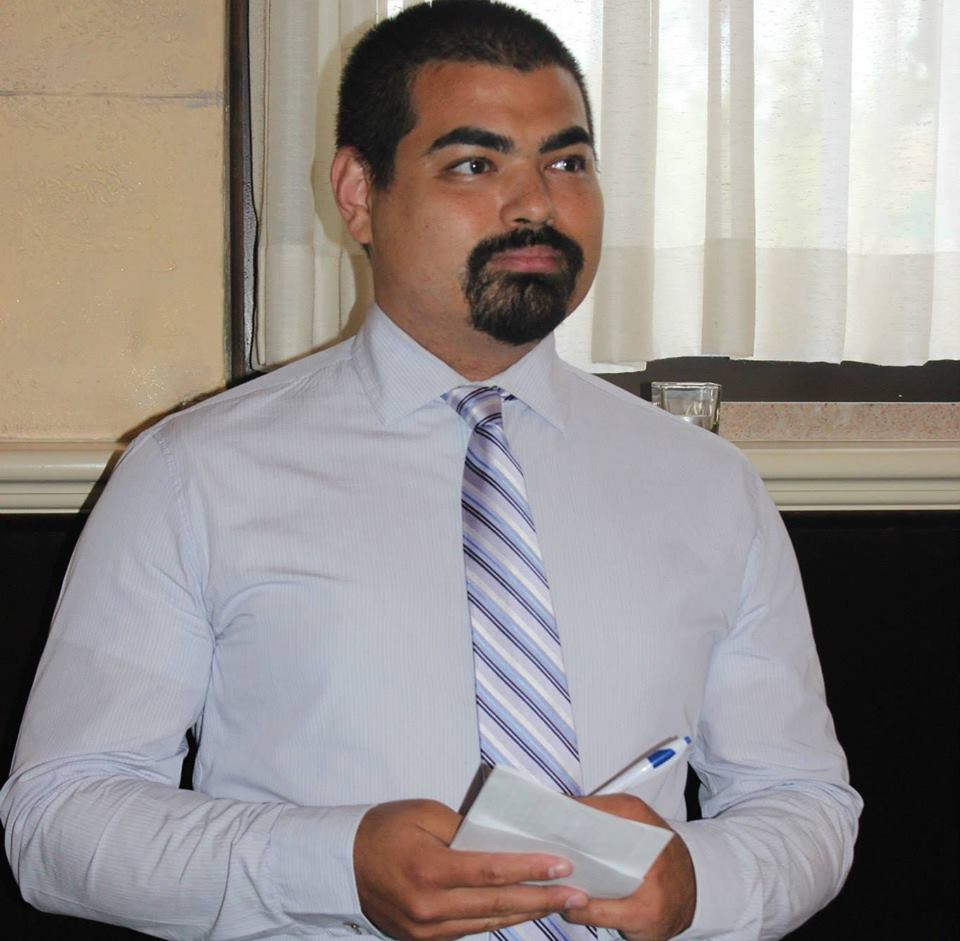 Tim Heberlein has been active in the Tampa Bay political community since 2006, most recently as the Organizing Representative for the Sierra Club Florida. He also served 4 years as the Political Director for the Florida Consumer Action Network, and organizes his community to advocate for economic and social justice. His activism has focused on grassroots organizing and field campaigning for progressive issues and candidates.

Heberlein has mobilized thousands of activists and voters around progressive campaigns, and trained many into progressive leadership in the Tampa Bay area. He has trained with the Capital Leadership Academy, National Organizing Institute, Camp Wellstone and the Midwest Academy, and been a panelist on several conference and televised forums.

Before working in advocacy, Heberlein worked as a case manager and counselor to Floridians with mental health diagnosis and substance abuse issues. Heberlein is also active in his community, just finishing his term as the Vice Chair of the Hillsborough Democratic Party, a Disaster Action Team Leader for the American Red Cross since 2006, and as a member of the Human Relations Committee for Hillsborough County. He is the son of two military service members and attended public schools all over the world. His wife Caitlin, a teacher with Hillsborough County Public Schools, and son Charlie live in Tampa. 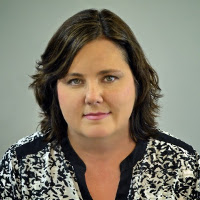 A native Floridian, Laura moved back to Central Florida in 1995. She worked as both a political and community organizer for three years and then was a HUD certified housing counselor and Director of Counseling Quality Control for Affordable Housing Centers of America (AHCOA) until January 2012. Earlier this year she moved into the position of Director of Development and Partnerships, focusing on advancing the organization through capacity and resource building. 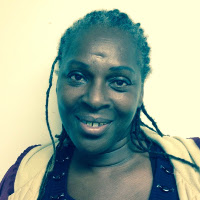 Diane is a life-long resident of Florida. Her passion for people has molded her into a dedicated organizer who has worked for the community and social justice for the past two years. Diane would like to see more good-paying jobs in Florida, affordable housing, rights restoration and better opportunities for ex felons. 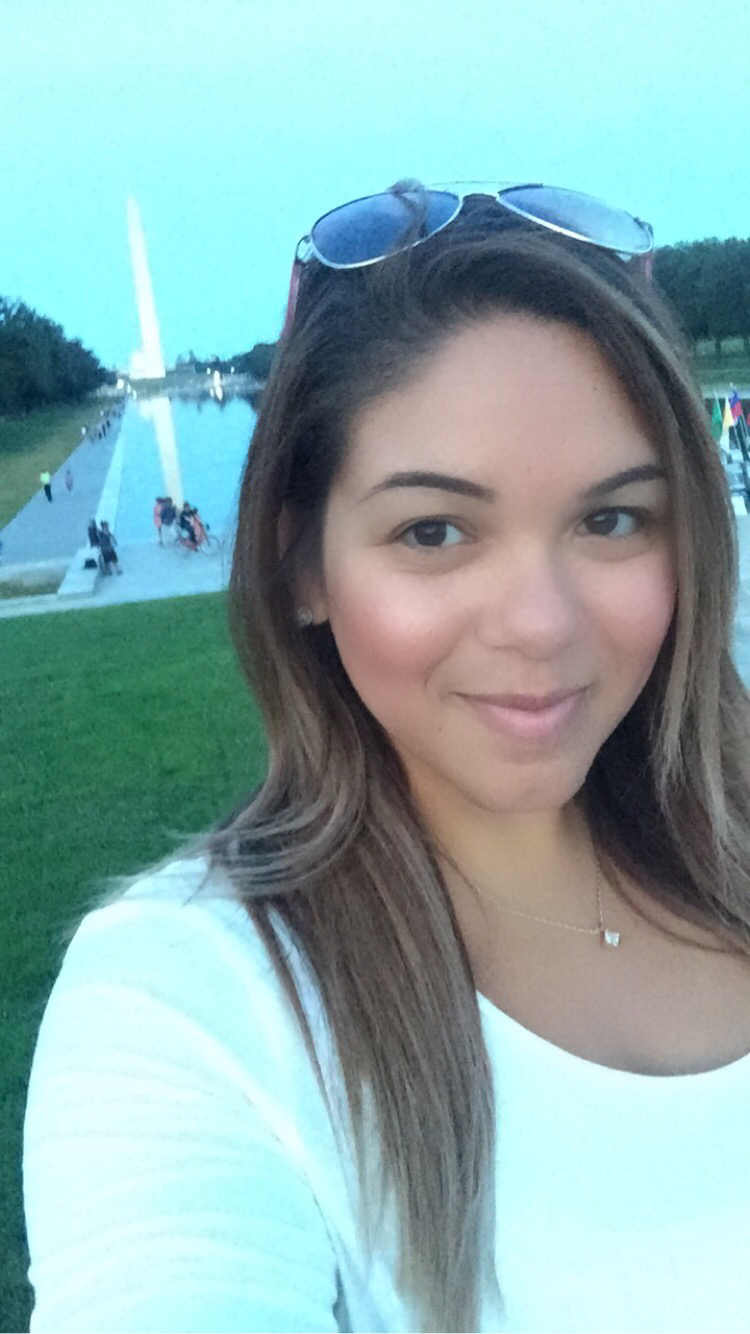 Athena Montes has been a resident of Central Florida for 25 years and has dedicated her life to being a public servant for the greater community and an advocate of social justice. She has a broad and diverse background in electoral politics, offline organizing, online organizing, and issue advocacy. Prior to joining Organize Now, she served as a digital strategist for local non-profits focusing on behavioral health. Athena’s campaign and advocacy experience includes human rights, mental health, domestic violence, sexual assault, bullying, civic engagement, and equality issues. Prior to her career in politics, she worked in public relations. Ms. Montes was raised in Orlando, Florida and holds a Bachelor of Arts and Sciences in Political Science from the University of South Florida. 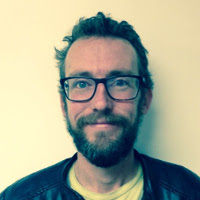 Timothy was born in St. Petersburg, FL. Although he moved away from Central Florida for most of his education, he returned to our state in 2000. In 2010, after working on a congressional campaign, he wanted a way to connect with his community in a deeper way. He began as an intern for Organize Now in 2010 and over the years has grown with our organization to become our Organizing Director. 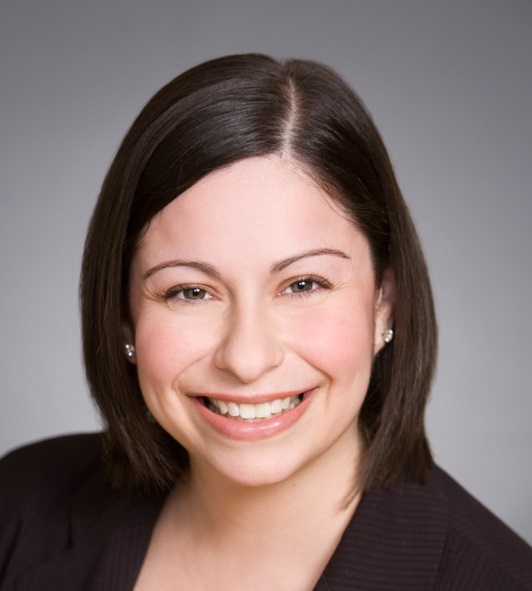 Judy Pineda Neufeld is the Program Director for FIRE. Judy spent five years in various roles with Emerge, a national political organization that recruits and trains women to run for office. As the vice president for Emerge America, she supported the fourteen state programs across the country, and as executive director of Emerge Massachusetts, Judy increased the size and diversity of the program members in the program classes and successfully designed and implemented a pilot candidate training bootcamp program. Judy moved from Boston to Orlando in early 2013 and is currently pursuing her MBA at Rollins College. 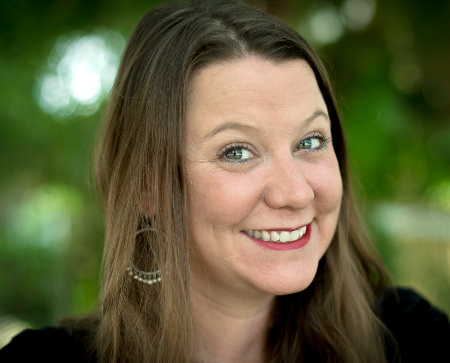 Stephanie Porta was born and raised in Orlando, Florida. After graduating with honors from American University in Washington DC, she worked on several campaigns including raising Florida's minimum wage in 2004, passing police accountability reforms in Orange County, as well as winning foreclosure prevention programs and affordable utility campaigns and more. In 2010, Stephanie co-founded Organize Now & Florida Institute for Reform and Empowerment to work on the needs of Florida's low and moderate income communities and is currently executive director for both. For more than a decade, Ms. Porta has worked on successful campaigns for candidates and issues— including environmental justice, community safety, community development, health care, public education and more. More recently, Stephanie led the effort to pass Earned Sick Time in Orange County in 2014. Stephanie has been recognized by the Orlando Sentinel, Orlando Weekly and Orlando Magazine for her leadership around government transparency and issues facing the working poor. 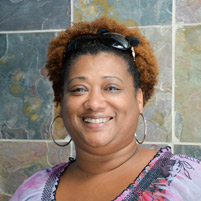 Tammy was born and raised in Youngstown, OH; she worked in a factory for a subsidiary of GM for 19 years until the bottom fell out. In 2008 she became one of the 1st Organizers for Mahoning Valley Organizing Collaborative (MVOC) where she worked with the community, faith based institutions and other non-profits on several grassroots local, state and national campaigns. Under the Ohio Organizing Collaborative (OOC) she continued to fight for “everyday people”, conduct trainings, leadership development, partner with national organizations and ran one of the largest civic engagement senior voter programs in the state.

In 2014 Tammy decided to relocate to Florida to be near family. Shortly thereafter she accepted a position with the Center for Community Change (CCC) in Washington, DC where she worked with groups in OH and across the Southeast on Economic Justice and leadership development. She is also a participant of Black Organizing for Leadership and Dignity (BOLD).

Tammy has a strong commitment to racial, gender and economic justice. She believes that those who are impacted by the issues should be at the forefront and in the center of social change. She is excited to work with Organize Now to continue movement building work; fight for “everyday people”; and stand against the injustices that try to keep us bound. Her favorite quote is: “It takes courage for folk to stand up. A rich life consists fundamentally of serving others, trying to leave the world a little better than you found it. We need the courage to question the powers that be, the courage to be impatient with evil and patient with people, the courage to fight for social justice.” – Cornell West